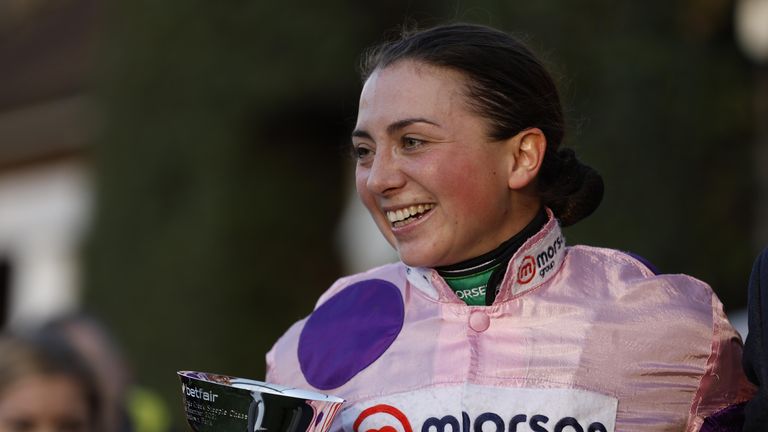 Bryony Frost will remain on the sidelines to give sufficient time for injuries to her shoulder and back to heal properly.

Frost has not ridden since taking a fall from Thyme White on the first day of the Grand National meeting at Aintree.

A spokesperson for Frost told Betfair: “Following Bryony’s fall at Aintree she saw shoulder specialist Geoff Graham who recommended a period of rest followed by reassessment after a few days to determine the nature of her shoulder problem.

“At the same time the CT scans performed in Liverpool were reviewed by specialists in London who confirmed no new bone injury, but in light of Bryony still reporting discomfort in her back a more detailed MRI was carried out. This has showed an area of bone bruising in a single vertebra with a stable fracture.

“Following medical advice Bryony has reluctantly agreed not to return to riding until sufficient healing has taken place and will also use the opportunity to address her shoulder issue.

“She will work with members of the IJF Rehab Team to enhance her fitness and performance during this break from competition.”

Had Frost been fit she could have been expected to ride Greaneteen at Sandown on Saturday in the Grade One Celebration Chase, a race the pair teamed up in to win 12 months ago.