British South Asians can become ‘part of fabric of game’ 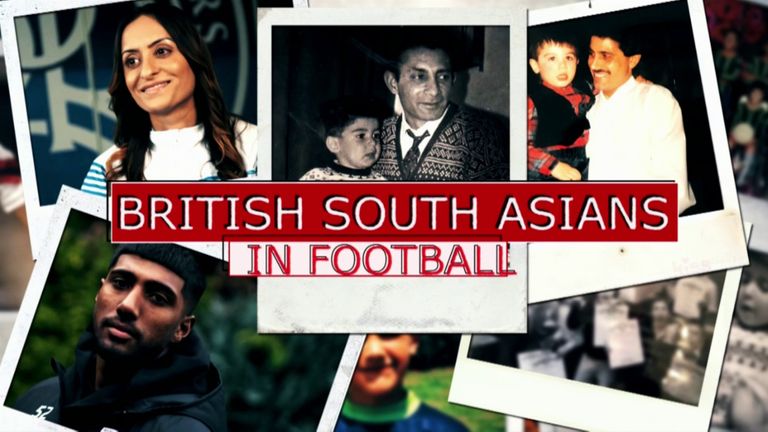 Tottenham head of academy coaching Chris Powell is convinced British South Asian players can break through and become part of the ‘fabric’ of English football.

Powell’s first taste of coaching came under former England manager Sven-Goran Eriksson at Leicester, a city where almost two-fifths of the population is Asian or British Asian.

“There’s some talent out there, you see the young boy at Bournemouth [Dinesh Gillela],” Powell told Sky Sports.

“There’s a young player at Spurs as well, who is very talented and understands what the game’s about.

“The parents have [also] bought into it, and the club have been very welcoming in making sure that there’s an understanding because [South] Asian players are talented.

“There’s some good ones who I feel will be part of the fabric of the game. There’s always talk about a superstar but I think we’ve got to look across all four divisions and get players in at all levels.”

“If we’re trying to get more young Asian players in the game they’ve got to see people like them,” Powell added.

“I can relate it to myself. Even my own father, way back in the 1970s, saw Clyde Best, and all of a sudden he attached himself to West Ham. Same for myself with Cyrille Regis and I think it’s the same for young Asian players.

“The stereotypes [that have plagued aspiring British South Asian footballers] we have to come away from that now. We have to look at the positives and look at people like Danny Batth, Neil Taylor and Hamza Choudhury.”

Powell is best known as a left-back at Charlton where he amassed over 250 appearances before returning to The Valley as manager, guiding the club to the League One title in the 2011/12 season.

The club’s women’s side are coached by former Nottingham Forest academy player Riteesh Mishra, who is the only British South Asian manager across the leagues in men’s and women’s football.

After a difficult start to the season, Charlton went unbeaten during the month of February, and Mishra has just been recognised by the League Managers’ Association with the FA Women’s Championship Manager of the Month award for February.

“It’s nice recognition, but for me it doesn’t mean too much because we’re still in a very important phase of the season,” Mishra said.

“I see it more as a little bit of an indication of how well the group is doing, and the journey and the development we are on.

“Of course it is very pleasing to receive but we don’t want to get too far ahead of ourselves because we know there is a lot more to do.

“When you win these awards it means you are doing something right, but we don’t want to get too carried away as a group and as a club.

I’m thankful to the staff and the players for helping me to receive it because they are the ones that are performing week-in, week-out, day-in, day-out.

“I’m just helping that happen but our focus now is purely on [our FA Women’s Championship clash with] Lewes FC on Sunday.”

For more stories, features and videos, visit our dedicated South Asians in Football page on skysports.com and stay tuned to Sky Sports News and our Sky Sports digital platforms.