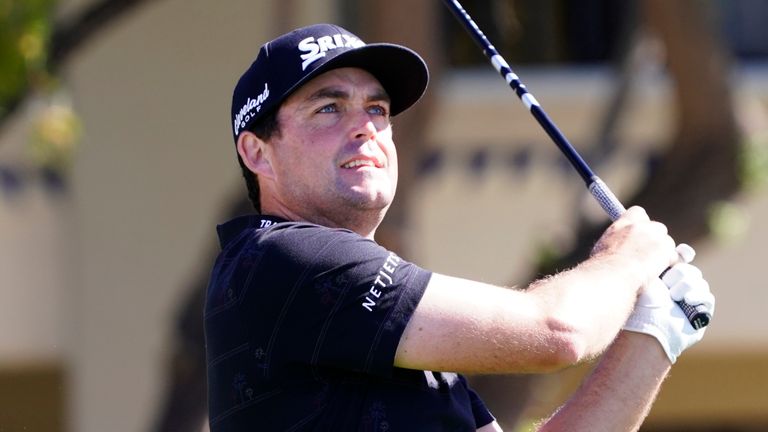 Former PGA champion Keegan Bradley earns a two-shot lead at the Valspar Championship, defending champion Paul Casey is four back, but it was a tough first day for world No 1 Dustin Johnson

Keegan Bradley enjoyed a “zero stress” round of 64 as he claimed the outright lead after the first day of the Valspar Championship in Florida.

Bradley birdied five of the last seven holes to hit the top of the leaderboard on the Copperhead Course at Innisbrook, keeping a bogey off his card to end the day with a two-shot lead over a high-quality field.

Paul Casey made a decent start in his bid for a third consecutive victory in an event that was cancelled last year due to the coronavirus pandemic, firing a 68 to edge one ahead of fellow English veterans Luke Donald and Ian Poulter.

Justin Thomas was also two under for the round, but world No 1 Dustin Johnson will need to take advantage of the better early scoring conditions on Friday after a level-par 71 left him in a tie for 66th.

Bradley was an early starter on day one and birdied two of the first four holes, although he did not pick up another shot until he holed from seven feet at the 12th.

The former PGA champion drained a superb putt from close to 35 feet at the long 14th and nailed another from similar range on the next green, completing a hat-trick of back-nine birdies at 16 before adding another from outside 20 feet at the last.

“Today was just an all-around great day,” said Bradley. “Basically zero stress the whole day. I didn’t really come close to making a bogey, so that was a really fun day to be out there and playing well.

“I know that I’m going to have some bogeys and some stress coming, but as for today, I played so good and it feels good to go around a course like this and shoot that score. This is a tough track, it demands a lot, ball striking-wise and I did that today.”

Bradley’s 64 was two better than Emiliano Grillo, Ryan Moore, Hank Leboida, Max Homa and Patton Kizzire, while defending champion Casey was pleased with his start as he chases a rare “three-peat” on the PGA Tour.

“It’s nice to finally be back, two years after I wanted to be back defending,” said Casey. “The golf course is as good and as tough as it’s ever been and I played a nice solid round of golf. Got the bogey out of the way early and then just played some good golf after that.

“So pretty happy with that start, it can be treacherous here. A three-peat has been talked about a lot and will be talked about until I’m done here, and I just want to kind of hang around, which is kind of what I did today.

“I certainly can’t win it today but I want to hang around. It’s a tough thing to do a three-peat, I think only 10 guys have done it, something like that. So we’ll see what happens.”

Donald, the 2012 champion, and Poulter were two of 17 players to shoot 69 along with the likes of Viktor Hovland and Russell Knox, while Thomas was unable to build on a lightning start when he eagled the first and came within a few inches of holing his second to the second.

But Johnson has work to do to avoid another missed cut after he offset three birdies with as many bogeys, while long-time Masters leader Justin Rose also needs to dig deep on Friday having bogeyed two of the last three holes to return a disappointing 74.