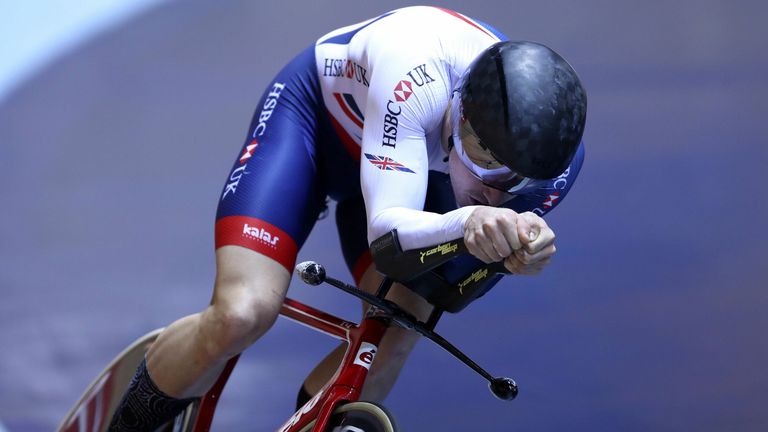 That was 197m further than Wiggins managed when he set what was then a world record back in 2015.

Bigham was looking to go close to Victor Campenaerts world mark of 55.089km, set in 2019, even though he would have been unable to take his place in the record books.

The 29-year-old is not part of the UCI mandated World Anti-Doping Agency testing pool because of the prohibitive costs involved for any rider who is not part of a top road team.

But a proper attempt on Campenaert’s record could soon be on the cards for Bigham, who admitted he needed a little more power and potentially the boost of riding at altitude – the Belgian’s world mark was set in Mexico in much thinner air.

“This is not the end of the road, this is a stepping stone,” said Bigham, who was a bronze medallist for Great Britain on the road in the World Championships mixed relay in Yorkshire in 2019.

“Hopefully it drums up the interest and I find the financial backing to go for the world record next year. I’m coming for you Campenaerts.