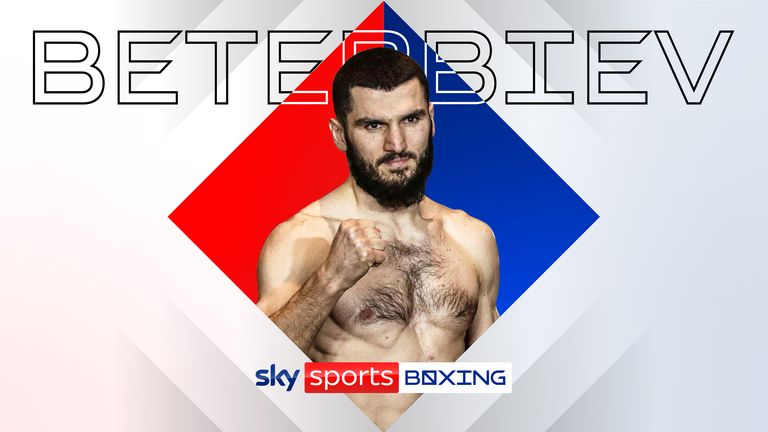 Knockout artist Artur Beterbiev will fight Marcus Browne in a defence of his IBF and WBC light-heavyweight championships at the Bell Centre in Montreal on December 17, live on Sky Sports.

Russia’s Beterbiev is undefeated in 16 fights and has an ominous 100 percent KO ratio.

“Artur Beterbiev has built a tremendous fanbase in Montreal, and we wanted to give him the opportunity to defend his titles in his adopted hometown,” said Top Rank chairman Bob Arum.

“Marcus Browne is a worthy mandatory challenger, a big southpaw with a high boxing IQ. But I believe Artur is the world’s premier light-heavyweight and, as usual, will end the fight before the final bell.”

Beterbiev said: “I want to thank Bob Arum and Yvon Michel for bringing this event to Montreal. It’s been a dream of mine to defend my titles in front of the fans who have supported me my entire pro career.

“I look forward to defending my titles in dominant fashion.”

Browne said: “This is the moment in my life that I’ve been waiting for and I’m ready to take advantage of it.

“I know exactly what I have to do to take the titles from Beterbiev and that’s what I’m going to do.

“Beterbiev is the most avoided champion out there. He’s a great fighter, doesn’t make a lot of mistakes and is super strong. But I’m the better fighter and I’m here to show that come December 17. So, to my fans, know that I’m back and I’m here to stay. No controversial losses, no distractions, just straight work.”

Undefeated light flyweight contender Kim Clavel will challenge for the WBC title, while former IBF super-welterweight world champion Marie-Eve Dicaire will attempt to regain her crown. Full details regarding the Clavel and Dicaire fights will be announced shortly.