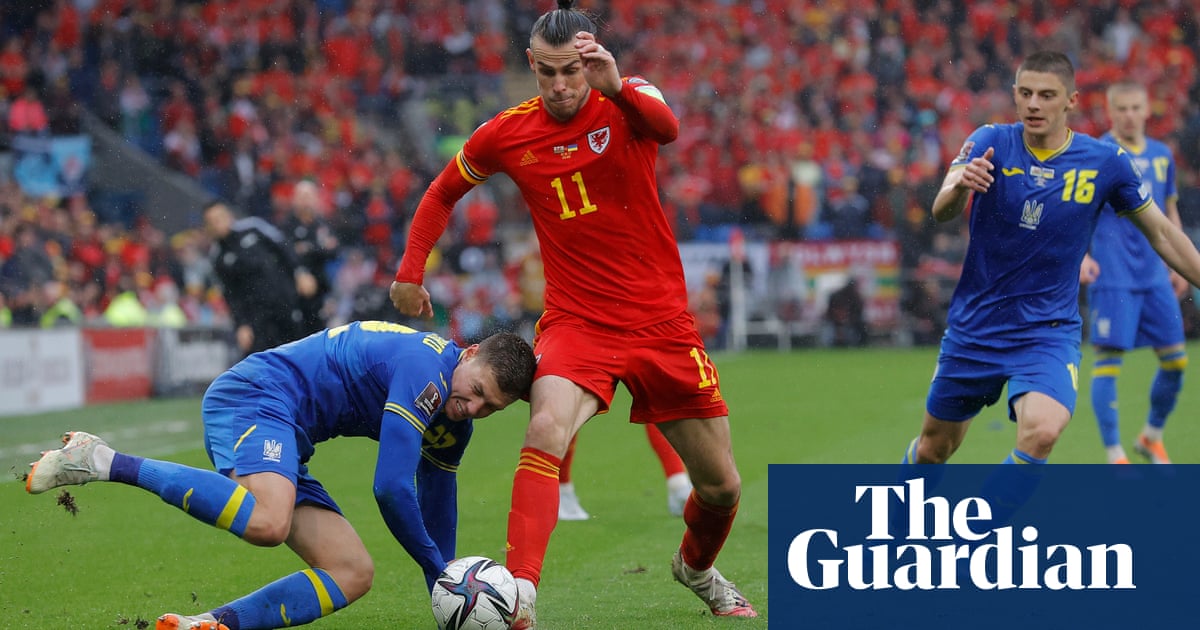 It was about Gareth Bale. If it was about Wales, it was always going to be about Bale. He may have played only 22 minutes of football in the 10 weeks since the playoff semi-final win over Austria; he may not be able to last anything like a full game; he may in effect have become a former player as far as Real Madrid are concerned; but he is still the player who makes Wales more than just another mid‑ranking side.

There will be those who have their subjective preferences for John Charles or Ryan Giggs, Ivor Allchurch or Ian Rush, but what can be said now is that nobody has ever achieved more in a Wales shirt. It is not just that he inspired them to reach the semi-finals of the European Championship and to secure a first qualification for a World Cup in 64 years. It is that he achieved those feats six years apart. Remnants remain but this is an obviously different side from Chris Coleman’s and Bale has been key to both of them.

When Bale lined up a free-kick 11 minutes before half-time, minds inevitably went back to the free-kick he had swept into the same goal against Austria in March. This time, on the other side of the pitch, Bale stood on the tee and assessed the conditions: 25 yards, slight left to right breeze, heavy rain. He selected his club, glanced at the target and the wall that stood in the way, went through his pre-shot routine, took his swing and then celebrated as a plunging Andriy Yarmolenko diverted the ball past his own goalkeeper – which admittedly seldom happens in golf.

Bale is a player these days who plays in snippets. He does not dominate matches as he once did. He is 32 and, while his dearth of regular football may perhaps prolong his career – if he wants it to – it also means a lack of basic match fitness. Yet somehow the game still revolves around him, as though the idea of Bale is enough to exert a gravitational force. And every now and again he will pluck a ball from the air with an extended foot or discover an angle that nobody else had seen to renew the strength of that idea.

But it was not quite all about Bale. It was also about Wayne Hennessey’s athleticism and sure handling in the rain, about Neco Williams’s diligence at left-back, about Joe Allen and Dan James scurrying tirelessly through midfield and a dozen bodies thrown in the way of shots.

And it was also about singing. What an asset Wales have in their choral tradition. As soon as things get tense they can just flip through the hymn book and start singing something stirring and melodic, an inspiration to those on the pitch and a distraction for those off it. And that, perhaps, is part of what makes Welsh football so enjoyable at the moment, both for fans and for players. There is a sense of togetherness, of fresh peaks being scaled together, that is extremely rousing.

As before the win against Austria in Wales’s playoff semi‑final, Dafydd Iwan, the grandson of one of the founders of Plaid Cymru, performed Yma o Hyd (“Still Here”). His song is about the defiant spirit of Welsh identity and how it remains strong even after almost half a millennium of union with England. But Ukrainian fans, too, perhaps found resonance in its words: “We are still here, in spite of everyone and everything.”

And there we run straight into the awkwardness of the occasion. How can the outcome of a football match compete with news about the counterattack in Sievierodonetsk? How can these things occupy the heads and hearts of the same people at the same time? And yet they do. Football is trivial and yet it matters — as an escape, yes, but also as something more, as a symbol of, well, whatever it needs to be.

Ukraine’s fans, who seemed determined to enjoy every second of being Ukrainian in a public space, held flags aloft throughout Iwan’s rendition; joined in a communal assertion of self. This surely is what fans want, what football is about, rather than the confected corporate nonsense of a Camila Cabello concert seemingly designed for those who are there less for the game than the spectacle. The Ukrainian fans were remembered at the final whistle, both by the Wales players who applauded them, and by Welsh fans who joined in their thunderclap: moving gestures that should not be forgotten.

Popular sentiment was perhaps behind Ukraine but that should not detract from Welsh joy. They have waited a long time for this. They have endured the Joe Jordan handball, the Davie Cooper penalty, the Paul Bodin miss.

That those moments feel obstacles that have been overcome rather than part of an inevitable and ongoing curse is a measure of what Bale and his side have achieved.