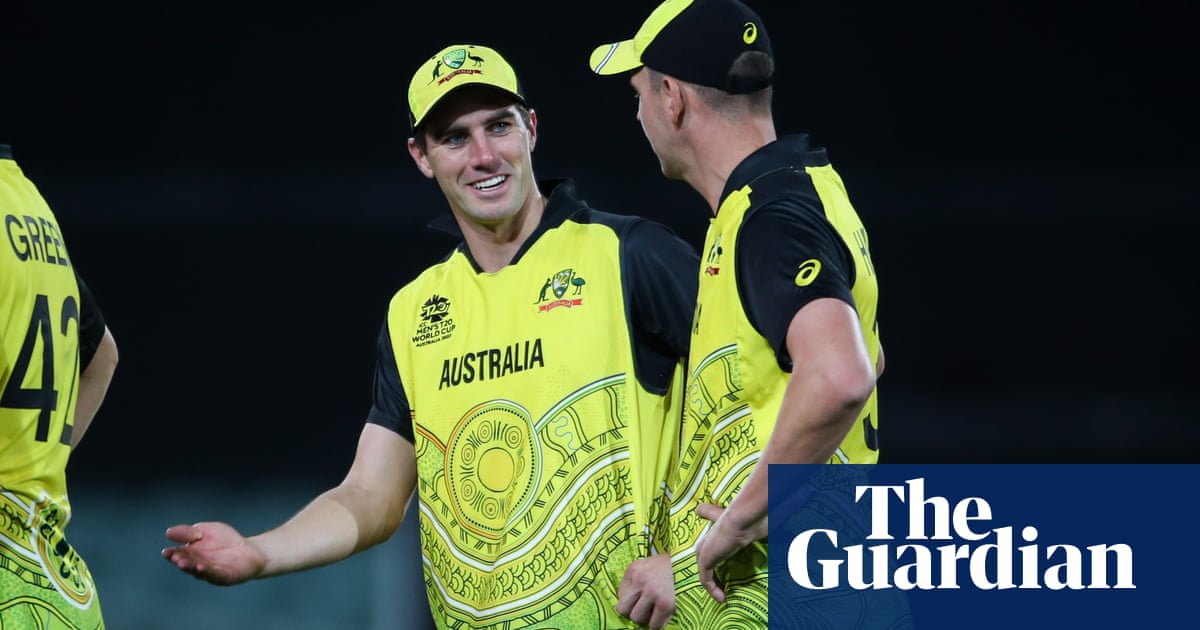 Like many a distressed film protagonist, you could fall to your knees and lash the heavens with the eternal question: why? When you look at this week’s 50-over international series between Australia and England, with the first match in Adelaide coming four days after England sealed the T20 World Cup title in Melbourne, it is puzzling to see the supposed pinnacle of one format followed by the pedestrian in a slightly different variation. Australia did need to play a series against England for Super League points, to qualify for the next 50-over World Cup – but that series happened back in 2020. This one is an optional extra, the basket of soaps in a hotel.

You can understand then why England all-rounder Moeen Ali confirmed the obvious when asked about it: that heading off to travel and train immediately after raising a trophy, rather than having at least a day or two to celebrate with the teammates who went there with you, is a situation that entirely sucks. Then again, administrators don’t know how deep any team will go into a tournament. England nearly had an early World Cup exit like Australia’s, and with a longer break before the next series would probably have been annoyed at having to wait around so long.

Mostly the reason is the World Cup in India next October, with precious little opportunity for Australia to prepare. A four-Test series in India will take up February and half of March, the Indian Premier League dominates April and May, then the World Test Championship final and the Ashes take over in England in June and July. Before they know it, August and September will be last chance saloon. Having a decent hit-out against top competition will help determine team assembly and approach.

The other factor is that pay-television bought exclusive access to men’s white-ball internationals in the last rights deal. The pickings have been slim, as the genre has been marginalised in the height of the cricket summer by the Big Bash League. In the 2021-22 season, Fox Sports did not get a single one-day international to screen, and only five T20s against Sri Lanka in February. The network was not happy, and while dealing with the highly litigious Seven Network at the same time, Cricket Australia could use at least one mollified broadcast partner.

As for what to expect on the field, Australia has played a fair bit of one-day cricket this year, in Pakistan, Sri Lanka, and Australia’s Top End. This will be the first series though with Patrick Cummins as captain, after the retirement of Aaron Finch. That leaves Cummins with 10 months and not many matches to establish a coherent way that this team wants to go about one-day cricket. Three ODIs will be announced to follow the India Test tour, and there are tours mooted for next year to South Africa and to India again, but nothing has been confirmed.

Australia will go with a similar squad to the T20 World Cup. The only changes are Travis Head opening with David Warner for Finch, Alex Carey keeping wicket instead of Matthew Wade, Marnus Labuschagne likely to bat three as the long-innings specialist to replace the short-innings version in Tim David, and seaming all-rounder Sean Abbott a late inclusion after Glenn Maxwell’s broken leg. Steve Smith will return to the middle order, Cameron Green should bat at six behind Marcus Stoinis or Mitchell Marsh, while we will likely see the same principal bowlers in Cummins, Mitchell Starc, Josh Hazlewood and Adam Zampa, though Ashton Agar is another spin option.

As for England, Ben Stokes starred in the World Cup final win but is leaving to join the Test squad in Pakistan, taking with him fast bowler Mark Wood and batters Harry Brook and Liam Livingstone. Jos Buttler will stay to captain the one-day team, keeping Moeen Ali and seven others. One player who wasn’t at the Cup was Jason Roy, left out in favour of Alex Hales. Before the tournament, Buttler backed Roy as his preferred 50-over opener. Hales though had an excellent T20 campaign and was integral to England reaching the final. He is not in this one-day squad, but can’t be far. Roy must hope that time away from the national team has been refreshing, because if his own low scores continue then his replacement is ready. For one player, at least, the wait for this next engagement must have felt like a long one.