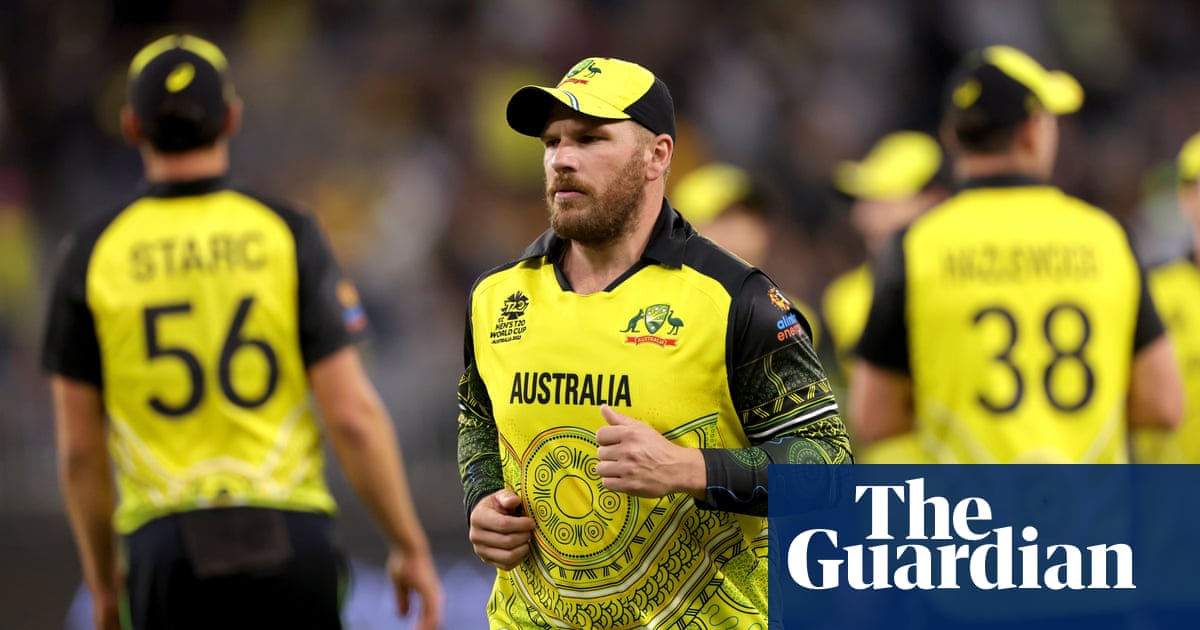 As Friday evening approaches, bringing on the middle of the T20 World Cup group stage, the sense increases that this is the contest that both the English and Australian teams have been waiting for. India and Pakistan may have surpassed this rivalry for freneticism, ferocity, and sheer population, as shown by the crowd of more than 90,000 that sold out the Melbourne Cricket Ground for their own group stage bout. England and Australia won’t get quite that many through the gates, but their rivalry will always be cricket’s original.

The game is now even spicier, though, by effectively becoming an early knockout for both teams. Australia’s loss to New Zealand can’t strictly be classed as an upset – the Kiwis have made the finals of the last two 50-over World Cups, the last T20 World Cup, and are current holders of the World Test Championship. But even these consistently successful New Zealanders have still been consistently poor when meeting Australia, so a barnstorming win on these shores was a surprise.

A more genuine upset was Ireland downing England at the MCG on Wednesday afternoon. The Irish win in Bengaluru during the 2011 World Cup may be the stuff of legend, but it remains one of only two times they have beaten England in 50-over cricket, and this was the first instance in T20s. While batting, they bossed proceedings for half the innings and then let the ascendancy slip. While bowling, they bossed proceedings for half the innings and then had rain arrive before England got back on top. There was fortune in the manner of the win but it was set up by quality play.

All of which means that England and Australia have each banked one win, one loss, and cannot afford to lose another, with only two teams able to qualify for the semi-finals and New Zealand already having a mortgage on one spot. Assuming that those three teams can take care of their various assignments against Afghanistan, Ireland and Sri Lanka – an assumption that recent results has shown should have a caveat – an England loss to Australia would see them knocked out. An Australian loss would leave them needing England to lose to New Zealand, in order to tussle with England on net run rate.

It’s not where either side would have expected to be only a few days ago, comfortably placed as the big dogs in their group. But neither has produced a convincing performance so far. The Australians were entirely out of sorts against New Zealand, ambushed by Finn Allen’s opening batting and never recovering from there. Their huge run chase was off the rails before it started. Against Sri Lanka, some good individual performances still felt against the odds in a team that looked like it might be beaten at several points during the encounter.

England meanwhile stumbled to an opening win against Afghanistan while chasing a minor-league 112, and similarly got jumped by Ireland’s bowlers at the top of the innings in Melbourne. A position of 29-3 in the sixth over was what slowed England’s progress so markedly that they were still five runs short of the rain adjustment target when the match was abandoned in the 15th over. Earlier, their bowlers had been taken down by Ireland’s top order to the tune of 92-1 after 10 overs, despite losing the power of Paul Stirling early.

In which case, Australia and England in their current state is not exactly a battle of the titans, but a struggle between teams looking to emerge from difficulty. That can of course happen in a few good minutes of T20 cricket, where one performance can start a team clicking. Mark Wood has been exciting for England, taking regular wickets while running in at his full sprint and bowling rapidly. Ben Stokes has offered little with the bat but has used the bounce in Australian pitches to contribute with the ball. Moeen Ali and Liam Livingstone have done some judicious hitting in the middle order.

Australia meanwhile will be hoping to harness the momentum from Marcus Stoinis and Glenn Maxwell, after their pyrotechnics righted that listing innings against Sri Lanka. Josh Hazlewood has had a wonderful couple of bowling years in the format, Mitchell Starc has looked comfortable at first change, and Adam Zampa may well have recovered from illness. Both sides have reason for optimism, but for one of them, it will only last until Friday.