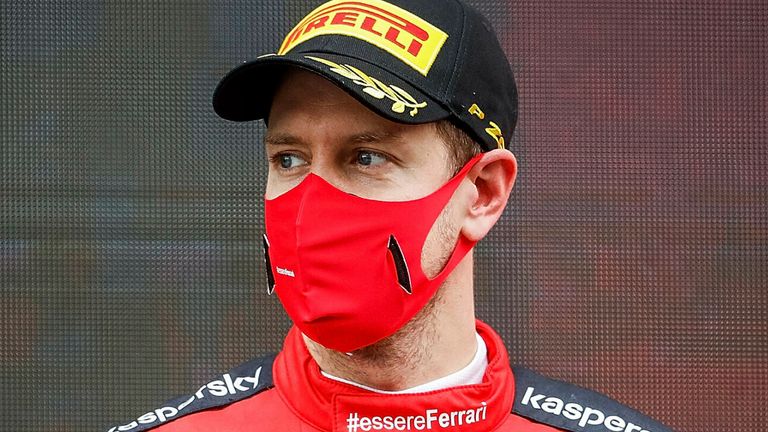 “He brings a winning mentality and we will all undoubtedly learn a lot from him on this journey,” says team principal Otmar Szafnauer of former Racing Point team’s high-profile star signing to lead new Aston Martin era

Sebastian Vettel’s arrival at Aston Martin for 2021 represents an “important” moment in the new-look squad’s F1 development, according to team boss Otmar Szafnauer.

Vettel, the four-time world champion, begins a new chapter in his illustrious career after joining what was the Racing Point team from Ferrari, where he was let go after six seasons.

“It’s hugely exciting for everyone in the team,” said Szafnauer of Vettel’s arrival as team-mate to Lance Stroll.

“In Sebastian, we have a proven four-time world champion with experience of helping teams become race-winning and championship-contending outfits.

“That’s why he is such an important signing for us.

“He brings a winning mentality and we will all undoubtedly learn a lot from him on this journey.”

Having signed a new title sponsor and begun their rebrand of the Silverstone-based outfit, which is set to see them race in British racing green, Aston Martin are setting their sights high for future seasons.

“Representing such an iconic brand is a huge privilege for every member of the team,” said Szafnauer.

“It might sound daunting, but we’ve been competing in Formula 1 for 30 years [under various names], winning races and taking podiums along the way – often against the odds. We’ve earned a well-deserved reputation for punching above our weight, so we’re confident we can do the Aston Martin name proud right from the get-go.”

Szafnauer says the work that has gone into the new era – which will be formally launched at an event in March – should not be underestimated.

“It has been a mammoth task. It’s easy to forget that we’ve been putting the groundwork in place for a brand-new era alongside a very challenging global setting, all the while balancing those tasks with our most successful Formula 1 season to date – including a race win and multiple podium finishes en route to fourth place in the Constructors’ Championship,” he said.

“Everybody involved should be extremely proud of that achievement and I think it demonstrates that while this is a new team name and identity, we have retained the strong backbone that has guided us through some tough times to where we are today.

“While the challenge was once establishing ourselves as the most efficient team on the grid, now there’s an exciting opportunity to establish ourselves as a top team, while still maintaining that efficiency, in order to add an exciting chapter to the Aston Martin legacy.”