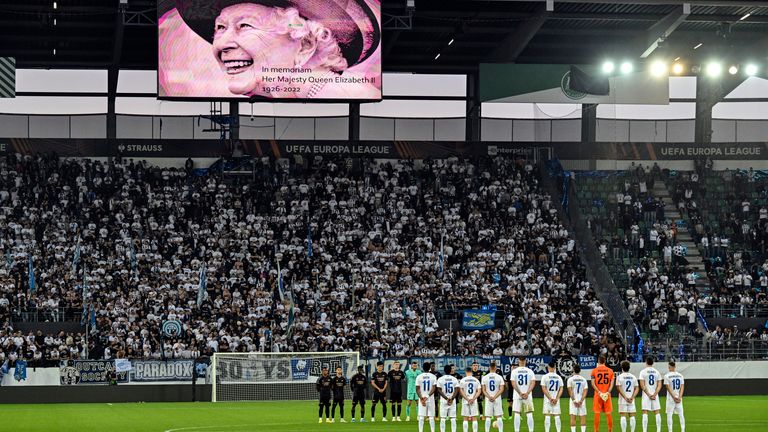 Arsenal got their Europa League campaign off to a positive start with a 2-1 win over FC Zurich on Wednesday evening, with the players mourning the passing of The Queen with a minute’s silence before the start of the second period.

The Gunners started slowly but gradually came into the game and took the lead at the end of a sweeping counter-attack in the 16th minute.

Fabio Vieira played the ball into space as the pace of Eddie Nketiah saw him break in behind and cross for Marquinhos to turn home an emphatic finish on his club debut.

Marquinhos was handed his Arsenal debut for their Europa League Group A opener away to Zurich. The 19-year-old forward joined from Sao Paulo in the summer but has yet to feature in the Premier League for the Gunners.

He came in as one of seven changes from the side beaten at Manchester United, with fellow new recruit Matt Turner also making his bow in goal and Fabio Vieira getting his full debut. There were also starts for Takehiro Tomiyasu, Rob Holding, Kieran Tierney and Eddie Nketiah for the game in St Gallen.

Vieira and Granit Xhaka came close to adding a second as Arsenal began to dominate, only to concede a clumsy penalty three minutes before the break.

Nketiah was adjudged to have fouled Fidan Aliti inside the box and Mirlind Kryeziu made no mistake from the spot, sending Matt Turner the wrong way to level.

Both sets of players emerged for the second half and gathered around the centre circle to observe a minute’s silence to mark the passing of Her Majesty The Queen, Elizabeth II, which was announced during half-time.

Nketiah, atoning for his earlier error, scored the deciding goal in the 62nd minute when heading home Marquinhos’ cross at the back post.

The winner prompted a muted response from players on the pitch as well as manager Mikel Arteta, wearing a black armband, on the sidelines in light of the sad news from Buckingham Palace.