All-time Premier League Brazil XI: Who have been the best-ever in England? 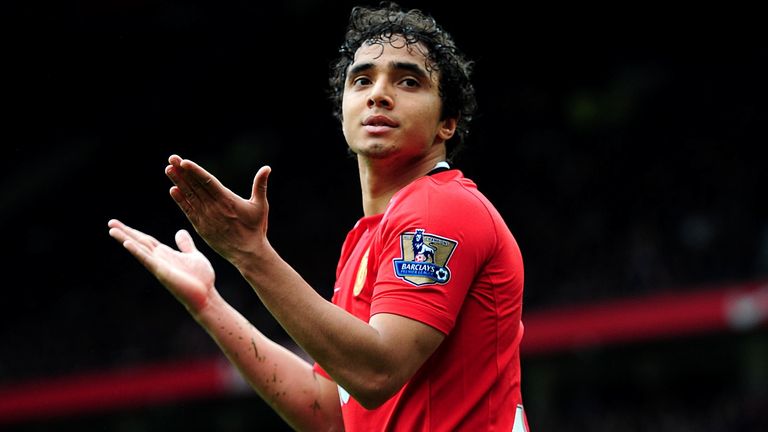 Who are the top Brazilian players to have played in the Premier League? Sky Sports takes a look…

This is one of the toughest decisions with both Ederson and Liverpool’s Alisson the stand-out goalkeepers in England right now.

They shared the golden glove this season with 20 clean sheets each as Ederson lifted his fourth Premier League title since signing for City in 2017. He’s been part of 91 shutouts in 182 appearances – one in two – while Alisson also has an impressive 64 in 136 outings, plus that goal vs West Brom.

Either goalkeeper would be worthy of this starting position.

Signed for United with his twin brother Fabio, but made the bigger impression over seven seasons at the club.

Rafael became the heir to the Gary Neville throne at right-back as he won three Premier League titles and a League Cup. Rafael is also fondly remembered by United supporters for his curling finish in their 2-1 victory over rivals Liverpool at Anfield.

Often criticised for his hap-hazard defending, Luiz still played a key role in lifting major honours with Chelsea and the FA Cup at Arsenal.

In his first spell with the Blues, Luiz won the Champions League and FA Cup double plus the Europa League before leaving in a £50m deal to PSG – a world-record transfer for a defender.

On his return for £34m, he won the Premier League under Antonio Conte and the FA Cup once more, a trophy he lifted for a third time at Arsenal in 2020.

The best free agent signing in Premier League history? The 37-year-old has shown his class and experience since joining Chelsea two years ago from Paris Saint Germain.

Silva has helped the club win the Champions League and European Super Cup, and it’s no surprise Chelsea were keen to keep him by extending his stay for another year in January. A Rolls-Royce defender.

Announced himself with the winning goal on debut in the Community Shield and never looked back having signed after winning the 2002 World Cup with Brazil.

The defensive midfielder was part of the 2003/04 Invincibles as he flourished alongside Patrick Vieira, going on to make 170 Premier League appearances and playing in the 2006 Champions League final.

Silva also won the FA Cup twice with Arsenal, scored the first goal at the Emirates Stadium and the club’s fastest-ever after 21 seconds.

After signing from AS Monaco in a £43m deal four years ago, Fabinho has played a major part of Liverpool’s golden period under Jurgen Klopp, winning the Premier League, Champions League, FIFA Club World Cup and UEFA Super Cup across his 170 appearances for the club.

He has featured at centre-back, but it’s in midfield where he has really shown his quality and leadership – even chipping in with a flurry of goals over the Christmas period last season. The 28-year-old is set to remain a mainstay at Liverpool after signing a new five-year contract extension in 2021.

Okay, the central midfield of this team doesn’t look too exciting but how could we leave out Fernandinho?

He’s been vital in City’s transformation, a mainstay as they lifted five Premier League titles, an FA Cup and six League Cups. The combative Brazilian has also chipped in with some goals, scoring 20 in 264 appearances, so maybe this midfield might not be as boring as it looks…

Time for some flair and who else to provide it than the Brazilian magician.

Coutinho quickly became a Liverpool favourite for his entertaining style and stunning long-range goals, but there will forever be a case that he should have stayed at the club rather than leave for Barcelona. Liverpool, though, benefitted from his £142m sale to Barcelona, having signed him for just £8m, which helped pave the way for the success they are now enjoying.

After joining Aston Villa last season on loan, Coutinho showed glimpses of his previous form by scoring ten goals and is set to continue lighting up the Premier League. 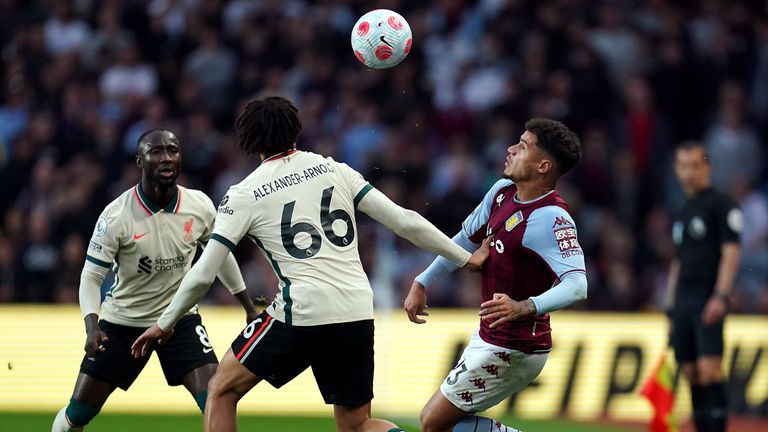 Juninho was a trailblazer for the Samba Nation in the Premier League. Isaias was the first Brazilian to move to England with Coventry City for £500,000 in 1995, but Juninho made a significant impact when he joined Middlesbrough later that year from Sao Paulo for £4.75m.

The talented playmaker helped Boro to two cup finals in 1997 but both ended in defeat and the club was also relegated. Despite that, Juninho was named as the Premier League player of the year. After leaving for Atletico Madrid, he returned on loan in 1999 before re-signing permanently in 2002, going on to win the League Cup.

Roberto Firmino is the highest-scoring Brazilian in Premier League history and one third of Liverpool’s famous attacking trident alongside Mohamed Salah and Sadio Mane – which was only broken up this summer.

Together, they scored 144 goals in 105 Premier League games while Firmino’s record stands at 71 goals and 46 assists in 231 Premier League appearances. Jurgen Klopp describes him as the ‘engine’ of the team despite playing up front, known for his work rate to press and win possession back.

A look back at the Gabriel Jesus’ greatest Premier League goals for Manchester City.

The second top-scoring Brazilian in the top flight with 58 goals, Jesus is a four-time Premier League winner and has scored 95 times in 236 appearances for City.

He’s had to deal with a significant amount of rotation, playing just 51 per cent of City’s available minutes across the last five seasons, but Jesus has averaged a goal every 160 minutes in the Premier League. Of players to have scored at least 15 times in the competition since then, only six boast a superior strike rate. At Arsenal, he will have the opportunity to be the regular main man.

James says… Thiago Silva of CFC for me. He’s been rock solid alongside Rudiger. His stats speak for themselves. At 37 to put in performances like this in arguably the best league in the world is impressive. Everywhere he’s been, he’s been awesome

Josh says… Fernandhino has to go down as the best Brazilian to play in the Premier League, consistently solid every single week and absolutely vital to the team, versatile willing and able to play in any position, still performing at the top level of football at the age of 37… legend

Romelu says… Coutinho was a magician whilst at Liverpool, loved watching him.

Raphakoki says… Gabriel Jesus to me is the best Brazilian in PL; proven winner and having good numbers considering the fact that he was not playing regularly at Man City, sometimes played out wide. His big move to Arsenal will a big step to show what he can offer as the main centre foward.

Lee says… Ramires! What a player, never stopped running, will never forget that famous dink at the Nou Camp in the Champions League semi! Loved Willian too!

Roberto says… Alisson for me – Mr Reliable in 1v1 situations and an excellent leader on and off the pitch. I think he’s more important to Liverpool’s defence than Van Dijk. And can score a goal when it counts!

Lewis says… David Luiz at his Chelsea peak was a joy to watch, he could do everything tackle, win the ball in the air, great passer and had a rocket of a shot when needed. Cannot argue with his trophy cabinet either, Premier League, FA cup, Champions League and Europa League.

Lucretia says… Obviously not the best, but my favourite is Rafael Da Silva. Heart on the sleeve, 100% every game and always looked to play forwards. Could do with a few of those at United now. He was sold too soon and I don’t think we’ve had a better right back since.

Jake says… There is only one right answer, and its Juninho!