All Blacks end losing streak with comeback victory over Springboks 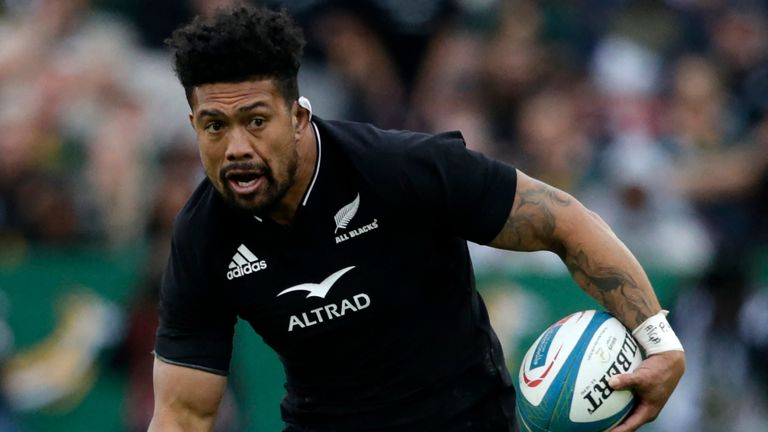 New Zealand win thriller against South Africa at Ellis Park watch Argentina vs Australia (8.10pm) live on Sky Sports Action on Saturday night before The Wallabies host South Africa (6.30am) and then NZ take on Argentina (8.45am) on August 27 in the next round of matches

New Zealand eased the pressure on coach Ian Foster with a stunning 35-23 victory over South Africa in their Rugby Championship clash at fortress Ellis Park on Saturday.

Ardie Savea was inspirational as the All Blacks staged a late surge to silence the 61,519 crowd and avoid a fourth-straight Test defeat.

Centre David Havili and lock Scott Barrett scored late tries, while captain Sam Cane and hooker Samisoni Taukeiaho also crossed the whitewash to claim what will be viewed as a famous win having lost five of their previous six tests.

The Springboks were not as clinical as they had been in the 26-10 victory over the visitors the previous week as they scored tries through sublime centre Lukhanyo Am and winger Makazole Mapimpi, but faced opponents who were vastly improved.

Whether the victory is enough to save Foster’s job will become clear in the coming days.

How to watch the 2022 Rugby Championship

Sky Sports will again be bringing you live coverage from San Juan where Argentina will aim to bounce back from last week’s defeat when they face Australia for the second time in this year’s tournament on Sky Sports Action from 8.10pm.

The Wallabies host South Africa (6.30am) and then New Zealand take on Argentina (8.45am) in Round 3 of matches on Saturday, August 27.