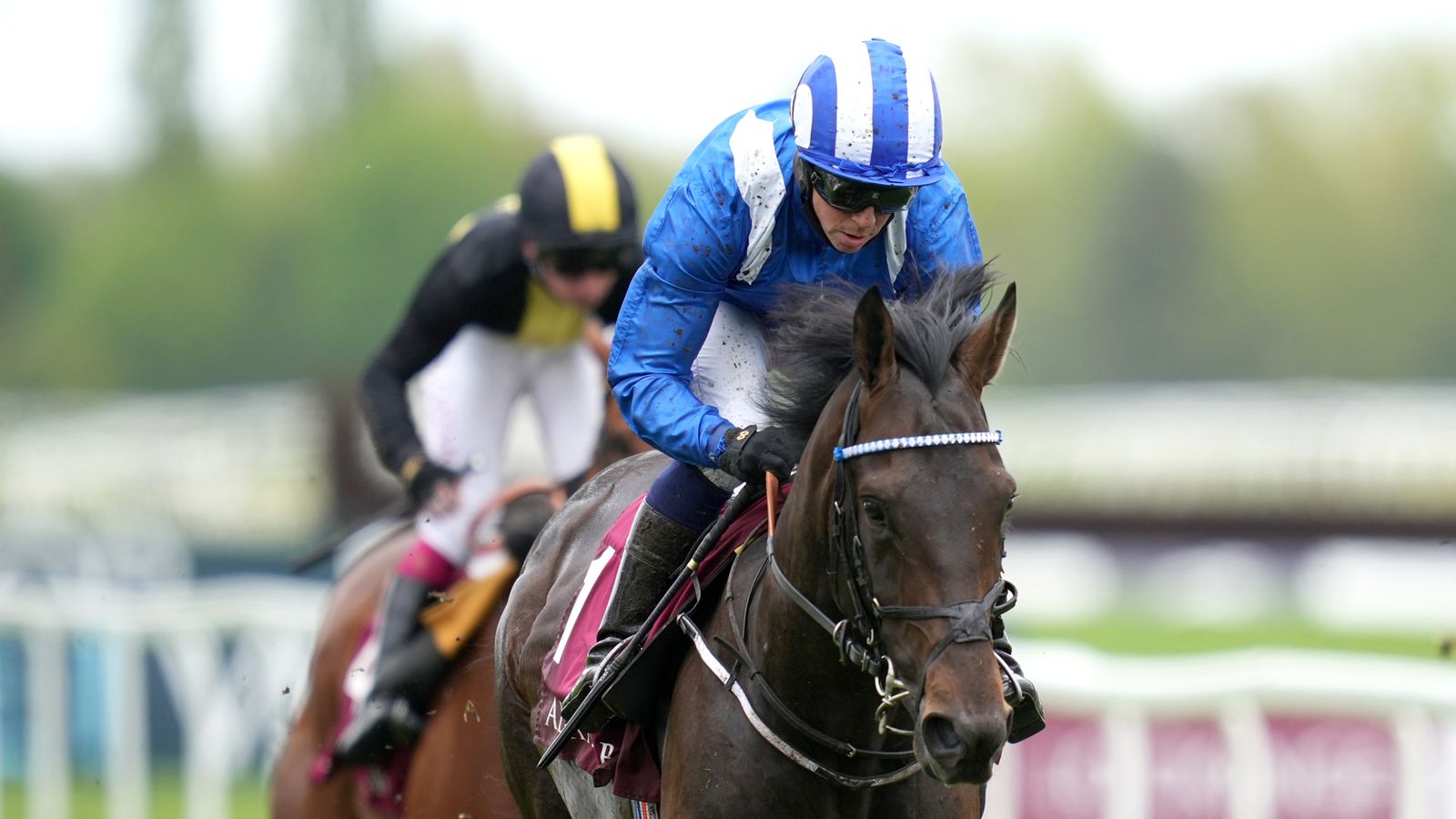 Al Aasy is among a field of five for Thursday’s Princess of Wales’s Tattersalls Stakes at Newmarket.

William Haggas’ four-year-old has had a good first half of the season, winning twice at Newbury and finishing a narrow second to Pyledriver in the Coronation Cup at Epsom.

The Shadwell-owned colt runs here ahead of a possible crack at the King George And Queen Elizabeth Qipco Stakes at Ascot.

Mark Johnston’s Sir Ron Priestley, a half-brother to Gold Cup winner Subjectivist, has to concede 3lb to Al Aasy due to his victory in the Jockey Club Stakes.

Sir Michael Stoute’s Highest Ground has always had a tall reputation, but needs to bounce back after disappointing in the Hardwicke Stakes last time out.

Andrew Balding’s Bangkok steps back up to a mile and a half for the first time since finishing second in the King Edward VII as a three-year-old.

Star Safari, trained by Charlie Appleby, has his first outing since finishing a respectable sixth in the Dubai Sheema Classic.

Johnston runs two in the Bahrain Trophy, prolific winner Dancing King, who saw his four-race streak come to an end in the Queen’s Vase, and Gear Up, a Group One winner last year but yet to reach those heights this season.

Brian Meehan runs the unexposed Mandoob who has won both his starts to date, Appleby is represented by Yibir, second to subsequent Irish Derby runner-up Lone Eagle last time out with Queen’s Vase third Stowell running for John and Thady Gosden. Pleasant Man is in action for Roger Charlton.

There are 11 runners in the Tattersalls July Stakes, including Coventry runner-up Eldrickjones.

Plenty of others who ran at Ascot clash, with Bryan Smart’s Project Dante, third in the Norfolk Stakes, Hugo Palmer’s pair of Dig Two and Ebro River, who were second in the Windsor Castle and fifth in the Coventry respectively, and Tolstoy for the Gosdens.

Aleezdancer, Asymmetric and Lusail are others to note, while in the Edmondson Hall Solicitors Sir Henry Cecil Stakes Maximal and One Ruler clash with the promising Baaeed, among others.