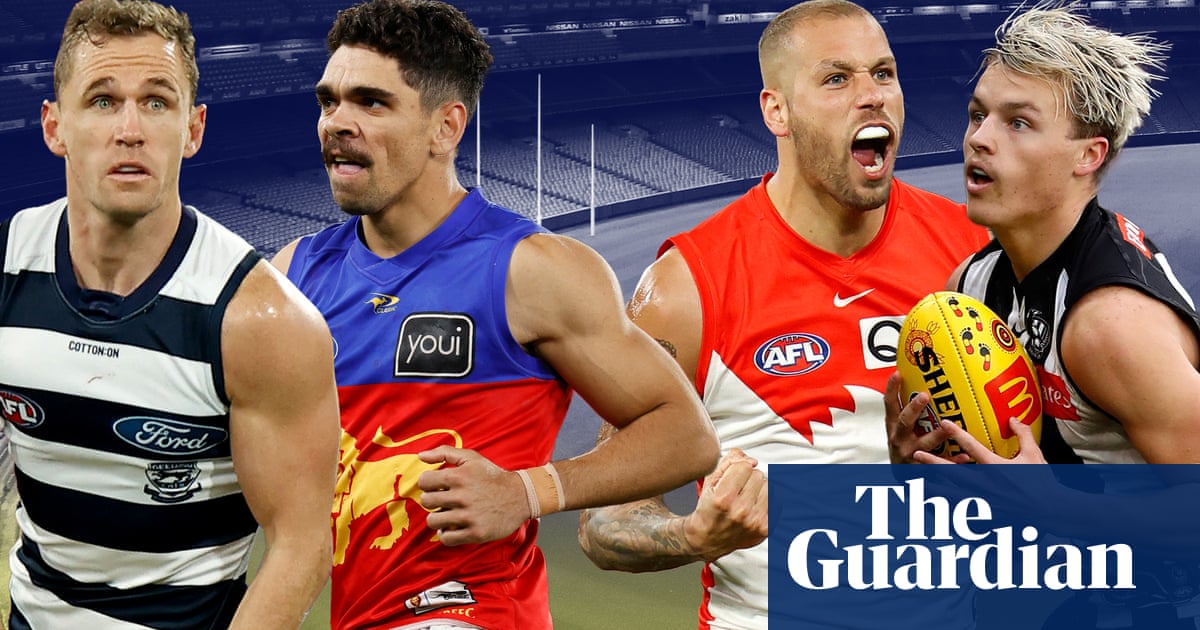 When Collingwood crapped out against Sydney in round 22, there was a sense of a run having come to an end. Yes, they had won 10 in a row by a cumulative margin of 79 points, but a post-to-post 27-point loss proved that the house always wins.

When Craig McRae responded by saying he “coached really poorly” by failing to properly account for the dimensions of the ground there was a whiff of herring. The SCG is, after all, only about two-and-a-bit metres shorter at either end and either wing. Instead, it felt like a deft stage magician’s trick.

He was saying to his players, I believe in you. McRae is the fountainhead of a belief that allows his team to play with a desperate and buoyant energy. They play the game at such a breakneck speed, it is easy to imagine Jack Crisp charging forward, shouting over his shoulder “keep up!”.

There is an undeniable urgency to Collingwood. They are a team that keeps the ball moving. They play on from the mark more, they use the corridor more, they take chances and make the most of them. In a game that has become reliant upon structure, the Pies’ game has taken on the quality of everything that is wonderful about great music – it is manic and unpredictable but all the while in the control of the artist. Enjoy it while it lasts.

“You get maybe one or two years in your football journey, if you’re lucky, that you feel this way about your coach and your environment,” said former Essendon champion, Matthew Lloyd. “Make the most of it while you’ve got it and Collingwood are certainly doing that at the moment.”

Since the loss to Sydney, more have come to believe in the Pies. That Collingwood had gone from 17th to the top four was initially an amusing curiosity to most football followers as they were never considered a genuine premiership threat once their game was exposed to finals. Since then, there’s been a lot of duck and a lot of dinner. They are just two wins from the most unlikely of flags.

Nothing separated them from the even-money premiership favourites with less than two minutes to play a couple of weeks ago. And in the weekend just gone, they lost none of their brashness or fearlessness despite the consequences of elimination. Players laughed as they ran down the race, before running Fremantle off their feet in a game that barely ascended to a contest.

“We’re in it to win it,” said McRae. He is a man who seems to understand that belief is not trusting in what exists – that is, well, kind of pointless – it is about what is possible.

If there is a similarity between Collingwood and Brisbane it is belief. In taking (and making) your chances. While not as sustained as Collingwood’s, the Lions’ belief is undeniable after breaking an eight-year MCG hoodoo against the defending premiers on Friday night.

Thirty minutes in, you would not have given Brisbane a puncher’s chance. They were outplayed on every measure and, without Oscar McInerney (concussion) and Joe Daniher (birth of first child), on their way to their third hammering at the hands of the Dees.

But Brisbane captain Dayne Zorko never lost belief, neither did Hugh McCluggage or Jarrod Berry. Berry played the game of his career and his 26 disposals and eight marks don’t come close to telling the story of the influence he had. His aggression unsettled Melbourne and almost came at the cost of missing Friday night’s game, with a one-match ban from the Match Review Officer turned over on appeal after a neurosurgeon described the hand in Clayton Oliver’s face as “necessary”. At this point, it’s appropriate to note that Oliver had his forearm on Berry’s throat.

Brisbane will need Berry’s belligerence and more to end Geelong’s run of 14 consecutive wins. The Cats are at full strength, have the benefit of the bye and perhaps the competition’s best player in Jeremy Cameron, who has a preternatural ability to lose an opponent to find time and space.

Collingwood’s task at the SCG on Saturday night is no easier. The Swans have won eight in a row and are also at full strength with the advantage of a week off. They have Tom Papley, an alloy of speed and power, and the type of player that could trouble the Pies’ back six. They also have Lance Franklin, who will be looking to impose himself early after having just two kicks against Melbourne a couple of weeks ago. At 35 years of age he is likely looking at his last chance for a third premiership.

Belief will only take you so far and, for supporters of Collingwood and Brisbane this weekend, it may be more an article of faith, of which HL Mencken said “may be defined briefly as an illogical belief in the occurrence of the improbable”. Which could also define the AFL in September.